This week Sen. Mark Steffen advocated for legislation prohibiting the state health secretary from requiring new immunizations for children to attend school or day care. Under current law, students are required to receive certain immunizations before they attend school. The secretary for the Kansas Department of Health and Environment (KDHE) can amend the list should the need arise.

We’re sharing excerpts of an article by Noah Taborda that appeared in the Kansas Reflector on why Nurture KC opposes this legislation – Senate Bill 212.

“Pediatricians and school nurses defended the decision-making process for the required vaccination list. Like proponents, they worried about politicization of the issue but instead thought the bill would only further intensify the politicization.

Shelby Ostrom, program director for the Mid America Immunization Coalition, which provides advocacy on the benefits of vaccines, said continued oversight by KDHE separate from the legislative process was vital in maintaining and improving public health in Kansas.

‘There is a rigorous process already in place, grounded in science, which best serves Kansans,’ Ostrom said. ‘This is a process that has and should continue to be separate from the political arena.’

Sarah Irsik-Good, a member of the Immunize Kansas Coalition board of directors, said misinformation, not data, was driving concerns of the vaccine and its efficacy. Legislators being told they need to act now to because child use of the COVID-19 vaccine will be approved in the summer are being misled, she said.

Trials for children 12 years and up will not even have data until this summer, and trials for younger children have yet to begin, Irsik-Good said.

‘As such, there is no good reason to consider changing this policy now,’ she said. ‘Additionally, current practice in Kansas is already aligned with the national best practice for protecting the health and wellbeing of our children.’

Irsik-Good said all 50 states have statutes related to mandatory school vaccinations, and each state allows its health department to make other requirements in order to quickly respond to changes in recommendations by health experts.”

Rep. John Eplee, a Republican physician from Atchison, also weighed in and was covered in the article. Eplee said: “I’ll simply state that vaccines are the second-largest breakthrough for saving lives and public health in our nation, next to drinking water. Vaccine science is far better left in the capable hands of scientists and experts rather than legislators. The secretary of KDHE is fully capable of making the right, timely decisions about which immunizations should be on the required list.” 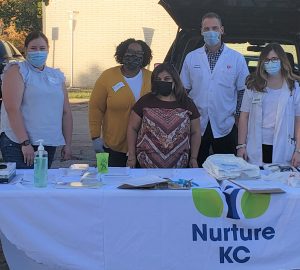